Reposted with permission from seniorresident.com 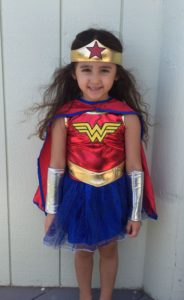 The theme of this year’s video is “how”. In 2017, people asked Google “how”. This is punctuated by the flashing how with | in the Google Search box at the beginning of the video, and then it moves into:

how do wildfires start

We had a lot of wildfires this year. In particular, the California wildfires are the ones that come to mind since I have family in California (both north and south). Pretty scary stuff.

“During the year, 5 of the 20 most destructive wildfires in the state’s history burned between October and December: #1 Tubbs, #6 Nuns, #10 Thomas, #11 Atlas, and #17 Redwood Valley Complex.[15] On December 8, AccuWeather predicted that the total economic toll of the 2017 California wildfire season will reach at least $180 billion dollars (2017 USD).[4]” – (From Wikipedia)

2017 had a lot of nuclear tension between the US and North Korean. This is especially worrisome for me since I live in Hawaii and we’re pretty close to North Korea, as well as being a pretty major military installation in the Pacific.

how much will the wall cost

2017 brought about a lot of talk about “Trump’s wall” between Mexico and the United States. The cost of the wall is estimated to be about $70 billion to build and $150 million a year to maintain. From the New York Times.

how many refugees in the world

According to NPR, it’s ~ 65.3 million. The first time this number has been higher than 60 million.

how do hurricanes form

This was a pretty catastrophic year for hurricanes. There were a total of 10 hurricanes for 2017. The most devastating of which were Harvey, Irma, and Maria.

Hurricanes are a special name for the tropical cyclones that come specifically from the Atlantic ocean. However, whether you call them hurricanes, tropical cyclones, or typhoons, they’re all made the same way. Here’s the link to the full explanation from NASA.

With a brutal hurricane season, people turned to Google for answers and how to prepare.

Basically, just how to help.

or… how to stand up for something.

how to run for office

To me this demonstrates an increasing belief that we can create changes ourselves.

how to watch the eclipse

how to make a difference

Once again, the idea that anyone can make a difference.

how to be a strong woman

how to be a good parent

I think the first step is asking… because it shows you care.

how to be a superhero

This one is especially personal to me because it cuts to Gal Gadot as Wonder Woman, and then it cuts to my daughter for a second doing her own Wonder Woman pose.

I would appreciate if you could go here, which is the video which highlights her comment, and give her a thumbs up and give her a reply. You could just say something as simple as Congratulations. She really likes receiving comments… it’s good positive feedback.

Special thanks to 72andsunny and Google for creating this powerful video and featuring my daughter.

how to be fearless

“The things that make us different, those are our superpowers.”

“Go out and conquer the world, because the world would not be as beautiful if we weren’t it.”

how to move forward

I think we move forward by continuing to ask how.

We move forward by continuing to ask how.

So keep asking, like I encourage my daughter, Little Wonder Woman, to do.